Thursday, I had a session on Application-Centric Identity Management, describing how it will change the way applications are built. Despite the early hour of the session, a few brave souls did show up, which was quite gratifying. While the session flew by, I did have some interesting conversations with a few of the attendees.

In the session, I laid out the initial design of the Identity Services Framework, which Oracle is working on as a manifestation of the ideas behind application-centric IdM. It describes a framework that allows IdM to be deployed as enterprise infrastructure, consumable by applications that are trying to become identity-enabled. I discussed the kind of identity services that comprise the ISF, some of which were not immediately intuitive as services. During the course of the few days at OpenWorld, I had quite a few discussions about the ISF, its complexity, applicability and general viability in the marketplace. I will try to bring some of these ideas to light through some future postings.

Below is the high-level diagram of the ISF, as presented at OpenWorld. As always, click on the image to see a bigger version. 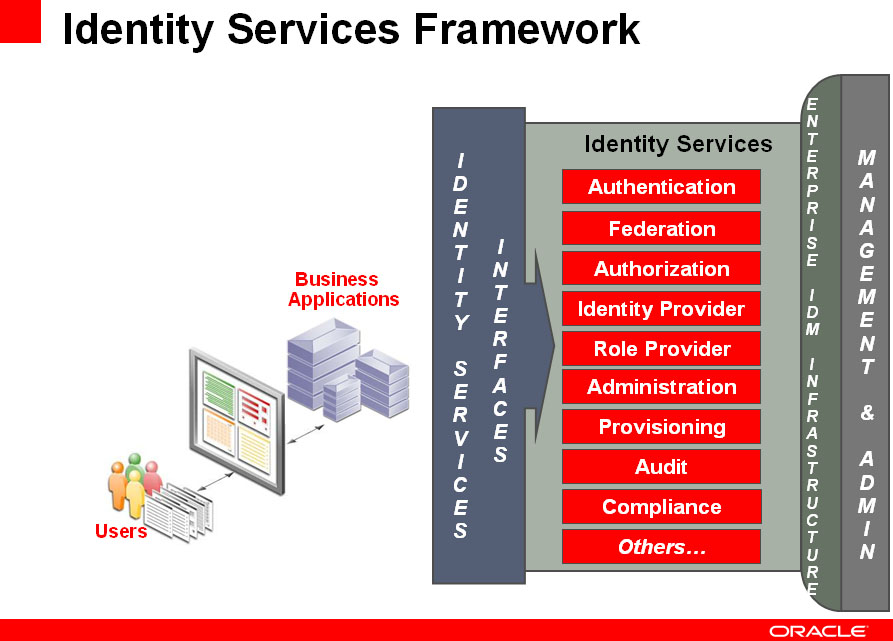 As always, looking forward to talking about this with all of you.