A colleague of mine forwarded me this Sun blog post by Paul Walker commenting on the rise of Oracle IAM to leadership status. I read it with some amusement, as I remembered my days at Thor when I, a hard-working serf in a startup, would rail (in private, as I didn’t have a blog back then) against the big bad companies (Sun, HP, IBM) that would try to muscle us out of deals on viability, after we had painstakingly won the technical evaluation. My colleague, who works on the Oracle Pre-Sales team, must be wondering why he has to work so hard on POCs if Oracle can just get all these deals by giving away the software or making backroom deals.

The post is grossly inaccurate on several counts. For one, Oracle IdM wouldn’t be experiencing the phenomenal growth it is if we were giving away the software for free (a dirty word in many quarters). Paul also says “Every day of every week we go head-to-head with Oracle and we never  loose technically”. Really, never? That’s a bit of an overstatement, isn’t it? I have personally been involved in quite a few deals where we (as Thor and later Oracle) won the technical evaluation. And Sun was always part of the competition. Paul thinks that “when it comes to Identity Management they (Oracle) certainly have an advantage in that they own the back-end”. If owning the back-end were such an advantage, Microsoft would rule the roost because of AD (uh oh, I’m not starting that whole fracas again), and we would have won no deals as Thor.

Sun has always been our strongest competition in the provisioning space (back since they were just Waveset), and it was always a healthy competition, which is why such a post surprises me. They have a very good product, just like a few other vendors, and each product brings something different to the table, which means that the customers that bought them usually did so because they were a better fit for their needs.

Being big bad Oracle can be an asset in some deals, but it can also be a disadvantage. On a few occasions I have tasted the bitter pill of not getting the deal despite the evaluation win for business/political reasons, a reality that every company has to deal with no matter how big or small they are. But by and large. most enterprises work very hard to try and make the right choice of vendor based on who solves their problems, not backroom politics or a difference in dollar amount. IdM is just too complex to cripple yourself further with bad decisions made for petty reasons. Oracle, Sun and every other IdM vendor is competing in a congested market where the winning formula is value proposition and customer satisfaction. Boutique vendors wouldn’t survive, even thrive, in this market if that were not the case. HP would not have exited the market if this wasn’t true.

But the post did remind me of something that I do want to touch on, and would definitely play to Oracle’s position in the space – the many customers that are looking for deeper integration between ERP and IdM. I’ll touch on this in a later post. 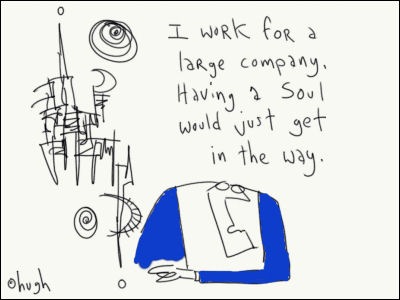